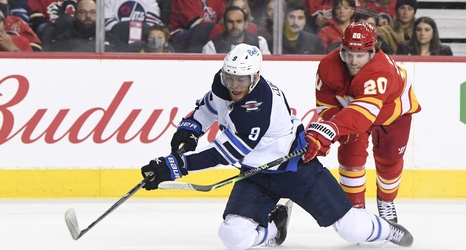 After three days without a game, the Calgary Flames welcomed the travel-weary Winnipeg Jets to town on Saturday night. The Flames worked themselves to an early lead, but the Jets had a strong second-half push and skated to a 4-2 victory over the Flames.

The Flames had their feet moving early and they opened the scoring just 26 seconds into this hockey game. The Jets won a defensive zone draw, but they couldn’t corral the puck and it was chased down by Johnny Gaudreau. Gaudreau found Matthew Tkachuk around the blue paint for a quick redirect past Connor Hellebuyck to make it 1-0 Flames.