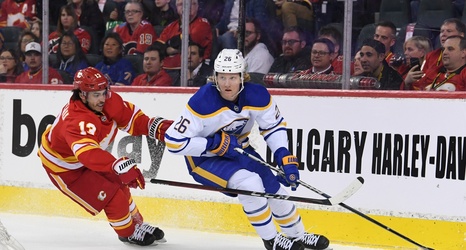 The Calgary Flames welcomed the Buffalo Sabres to the Saddledome on Friday night. The Flames were not sharp offensively. The Sabres were pretty good defensively. This combination produced a game that was fairly dull at times, with big saves at either end the only real highlight reel material until late in the third period.

The Flames lost 1-0 in overtime to Buffalo.

The opening period was pretty clunky. Buffalo was content to stick to their structured defensive game given they were playing their second game in as many nights. Meanwhile, the Flames struggled to execute with the puck and couldn’t really generate a ton of dangerous looks.