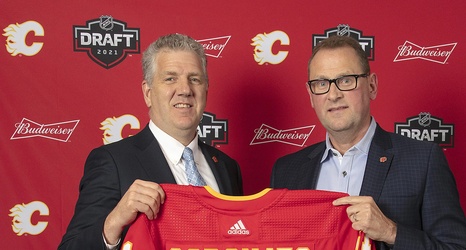 Despite Day 2 of the NHL Draft seemingly dragging on forever (it was actually about seven hours which is insane), we have finally concluded the 2021 Draft. Over the course of seven rounds, the Calgary Flames made eight selections and one trade, let’s take a quick look at everything that went down over the last 24 hours or so.

After our site’s consensus pick Cole Sillinger was chosen one spot ahead of Calgary, the Flames opted to draft RW Matthew Coronato with their first rounder.