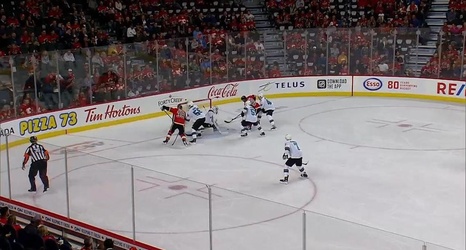 The Flames and Sharks tangled at the Dome in a high scoring affair with Calgary collecting their second win of the preseason by a score of 6-4. Ten goals combined is never a good thing, but at least it was a preseason game and the Flames came out on top. The win puts the Flames at 2-0-1 so far on the preseason and the Sharks at a record of 0-2-0.

Calgary had quite the mixed lineup tonight and their “bubble” players certainly gave the Flames brass some things to think about. Alan Quine had a very solid performance with a goal and an assist.