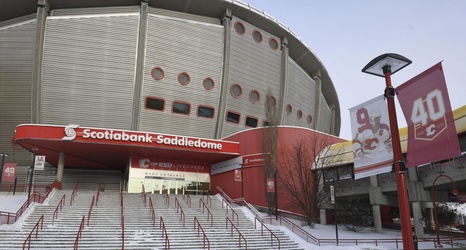 Way, way back in the late 1970s, Calgary had hopes and dreams of getting itself onto the national and international stage. While a group of local business and political leaders talked openly about getting an Olympics, another group had National Hockey League aspirations.

All of these hopes and dreams came together in the early 1980s in the form of the Olympic Saddledome.

The Stampede Corral was a fine building for its time. It ably hosted several major hockey clubs for the Calgary area, including the WHL’s Calgary Wranglers and the WHA’s Calgary Cowboys – the team with the best logo in sports history, a silhouetted white cowboy hat.