Beyond the Boxscore: The Calgary Flames’ 2021-22 season is over 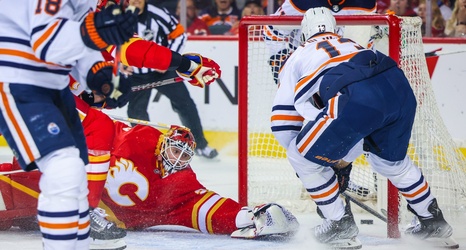 Thirty-one years of new Calgary Flames fans just got welcomed in to the “Oilers beat us in the playoffs” club with all the fans from the ’80s (minus ’86). It was a great start that was completely in the Flames hands, but eventually a defensive mistake cost the Flames a goal and gave the Oilers life. The Oilers stormed back to tie the game, just like they did in four out of the five games, and eventually had Connor McDavid win it in overtime. Should it have even got to overtime – I don’t think so – but there appears to be differing opinions out there on the interweb.