Beyond the Boxscore: Calgary Flames have better game than some may think, lose to Oilers’ top-end talent 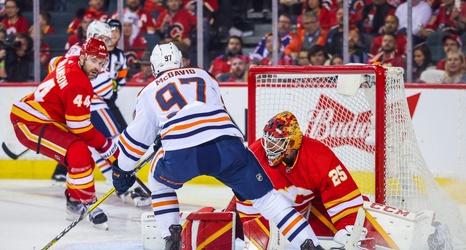 It’s rough to see because that game was well within the Calgary Flames’ grasp in terms of finding a win – but they made some bad moves on the back end late. Not to completely discredit the Oilers but if Calgary had a bit more finish they could have taken game 2 themselves. The parade to the penalty box wasn’t enjoyed by either fanbase and became a bigger story than it needed to be, but bottom line is Edmonton has the special teams advantage. Period. If the Flames want to advance they have to be completely disciplined – not even 4v4 benefits them.