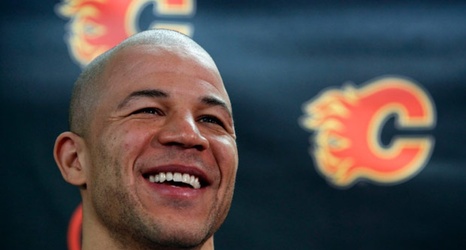 Sometimes, trades solve problems and give everybody what they need. Back in 1995, the Calgary Flames and Dallas Stars connected on one of those trades. It ended up being a great move for both franchises long-term.

Joe Nieuwendyk joined the Flames via the 1985 NHL Draft. He joined the NHL roster full-time in 1987-88 and promptly scored 51 goals and won the Calder Trophy. So… he was pretty good at hockey.

But by the mid ’90s, the Canadian dollar was in the toilet, the Flames were facing economic pressures due to rising salaries and stagnant revenues, and Nieuwendyk wanted a raise.