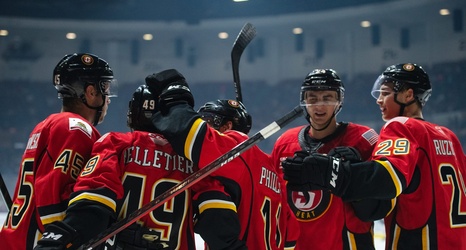 It’s been a banner year for the Calgary Flames organization.

The NHL club currently ranks second in the Western Conference with a gaudy 44–19–9 record through 72 games. Johnny Gaudreau and Matthew Tkachuk are having career years and the team looks destined to finish atop the Pacific Division.

The Flames’ lineup has proven to be extremely difficult to crack and — aside from Sean Monahan — the team’s NHL personnel have largely remained healthy all season long. As such, the Flames’ top minor-league affiliate is chugging along at full operational capacity and currently possesses the highest points percentage in the entire American Hockey League.