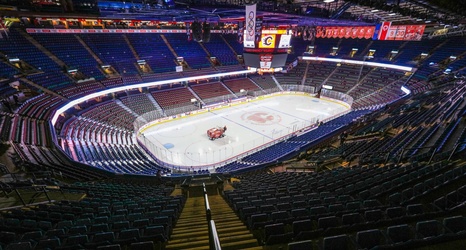 The City of Calgary’s Event Centre Assessment Committee for the first time since March on Thursday morning. 11 members of council, including mayor Naheed Nenshi, received updates in closed session and were able to share some of what they learned with the assembled media.

In March, the committee struck a working group to put together a negotiating team. In the interim, that negotiating team has been assembled and has begun chatting with stakeholders – including the Calgary Flames – regarding the project.