Another Night Of Struggles For Jon Gillies 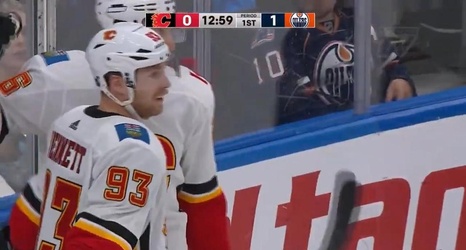 As preseason showcases go, this isn’t one that Jon Gillies will put in the ole scrapbook. The Flames goaltender had another tough showing as the Flames fell 6-2 to the Edmonton Oilers.

The Flames staked themselves to a 2-1 lead in the first period on goals by Sam Bennett and Ryan Lomberg. And that’s where the fun ended. Edmonton would go on to score five unanswered goals and send the Flames home losers for the second time this preseason.

David Rittich started in net for the Flames and was his usual self: solid.