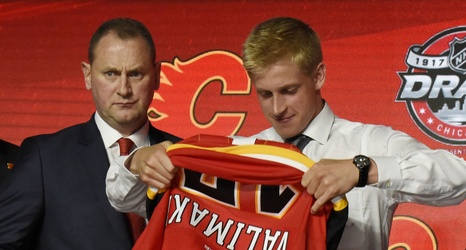 On Wednesday evening, the Calgary Flames didn’t win the NHL’s draft lottery. However, neither did the three teams behind them, so they’re set to draft 12th overall in the first round of the upcoming NHL Draft on July 23 and 24.

Here are eight players that seem the most likely to be (a) available and (b) suitable to the Flames’ needs at 12th overall.

An Alberta product who came up through the local Alberta Junior Hockey League with the Brooks Bandits, Ceulemans is a 6’2″, 200 pound right shot defenseman. A May birthday, he’s one of the younger players in this year’s draft class.