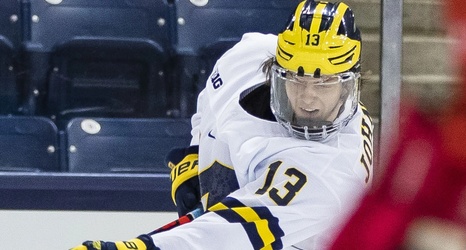 As we start looking at the list of prospects that COULD potentially be around when the Flames pick at #12 we are going to take a glimpse at Kent Johnson. Johnson is a freshman at the University of Michigan who had a solid first season with the Wolverines. In his first season with Michigan, Johnson played in 26 games, scored 9 goals and handed out 18 assists. He also managed to stay on the plus side of the ledger (+16) and stayed out of the penalty box with only four PIM all season long.