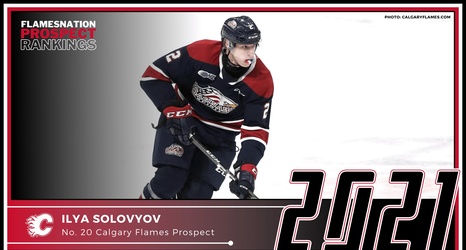 Not many players selected in the seventh round of the NHL draft ever sign entry-level contracts.

Only seven months after being drafted, Ilya Solovyov did just that. The 21-year-old Belarusian agreed to terms with the Calgary Flames on a three-year NHL deal on Apr. 6, 2021.

Solovyov was only the third player from the Flames’ 2020 draft class to sign an entry-level deal, following Connor Zary and Yan Kuznetsov.

Calgary selected both Zary and Kuznetsov in the top 50; Solovyov had to wait until pick No. 205 to join the Flames. Nearly a year later, all three appear primed to play significant roles with the Stockton Heat of the American Hockey League in 2021–22.