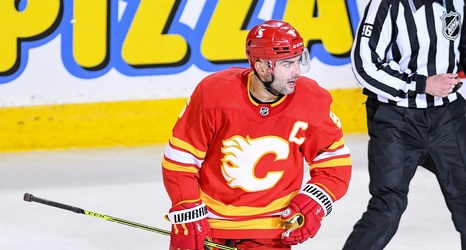 MGMacGillivray: C When it comes to grading Giordano, I don’t really want to go below a C because we knew to expect some regression from him as he finally begins to show his age. I thought his second half of the season ended up being a lot better, most likely because he got paired with Chris Tanev, but overall I think he more or less met expectations that were realistic. If he ends up staying with the Flames next year, I think it would be best to play him in a third pairing role with occasional bump ups to the second pairing along with potentially some PP2 time and PK.