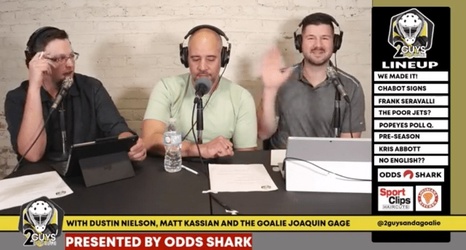 This is episode two of the show, and the guys were joined by Kris Abbot of Odds Shark, and Frank Seravalli of TSN.

They look at the Thomas Chabot extension and discuss the value for the Ottawa Senators and what the motivation for signing a long-term deal with a rebuilding team as a young player. They as look at the future of the Winnipeg Jets.