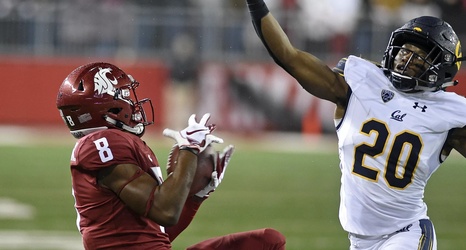 Cal will be facing off against one of the original innovators of the Air Raid offense in Mike Leach. If you’re unaware, the Air Raid offense is an offensive system that relies on a lot of short passing and stretching a defense both vertically and horizontally to create space for their receivers. CougCenter has an entire series of articles deep-diving into the Air Raid system if you’d like a really in-depth look at the system. Typically, the Air Raid will use 4 receivers, the X- and Z-receivers on the outside (to the left and right side of the offense, respectively), and the H- and Y-receivers on the inside (also to the left and right of the offense).