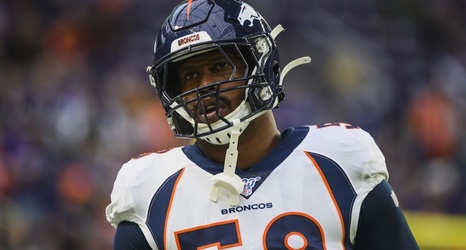 ENGLEWOOD, Colo. -- After 135 games, 106 sacks, eight Pro Bowls and one glorious Super Bowl MVP award, linebacker Von Miller's dance-filled run with the Denver Broncos will go on for at least one more season.

The Broncos elected to exercise an option clause in Miller's contract that guarantees $7 million of Miller's $17.5 million base salary for the 2021 season, sources told ESPN.

The move engages the final year of the six-year, $114.5 million contract Miller signed in 2016.

The Broncos had informed Miller, who will turn 32 later this month, and Miller's representatives in recent days of the decision.