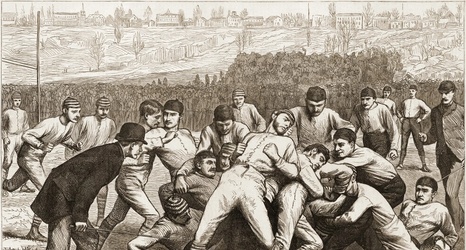 The 150th anniversary of college football was celebrated earlier this week (on November 6), commemorating a game between teams that are now known as the Princeton Tigers and the Rutgers Scarlet Knights. (Although the first time two schools played in a game that actually resembled college football was the Harvard Crimson vs. the Tufts Jumbos—go Jumbos!)

What better way to commemorate the November 6, 1869 date than by having Princeton play... someone other than Rutgers. Who are on a bye and aren’t doing anything anyway.