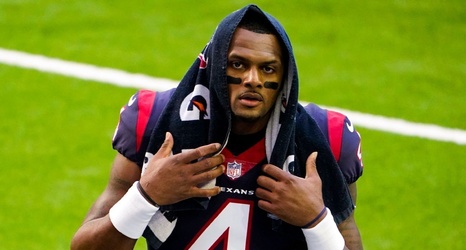 HOUSTON -- A 14th lawsuit alleging sexual assault and inappropriate conduct was filed against Deshaun Watson by a woman who says she believes the Houston Texans quarterback is a "serial predator."

The lawsuit, which was filed on Monday night and appeared on the Harris County District Clerk's website on Tuesday morning, alleges Watson "assaulted and harassed Plaintiff by exposing himself to her and touching her with his penis."

The incident allegedly took place in California, just the second of the 14 allegations to take place outside the Houston area.

The traveling massage therapist alleges that when she arrived at the address Watson gave her, he led her to a room and "locked the doors behind him.