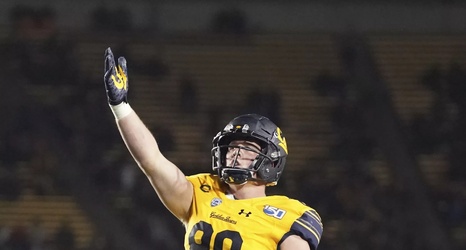 Was it ever in doubt? Cal senior inside linebacker was named the Pac-12 Defensive Player of the Year. Weaver is now the 5th Cal player to win the conference’s defensive player of the year award, behind Mychal Kendricks in 2011, Daymeion Hughes in 2006, Deltha O’Neal in 1999, and Ron Rivera in 1983.

The 4-year player from Spokane, Washington set program records this season and currently leads the nation in tackles. He now holds the the single season tackling record in program history at 173 with a game in hand after shattering the record held by Hardy Nickerson Sr which was 167.