Evan Weaver breaks the school record for tackles in a season 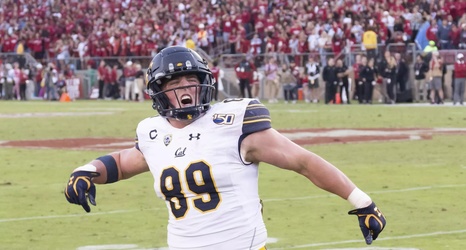 The California Golden Bears officially have a new leader in tackles and it’s Evan Weaver.

For over thirty years, the Bear with the most tackles in a single season was Hardy Nickerson with 167. But mid-game against our Southern Branch, Weaver cruised past that mark.

(There is a one-tackle discrepancy in the numbers used by the official Cal site vs. ESPN & Sports-Reference.com, so please allow for that difference.)

Weaver ended the game with nine tackles and 172/173 tackles on the season; the bowl game does count towards his season totals, so Weaver’s got 60 more minutes to pad that record and make it tougher for future Bears to beat.