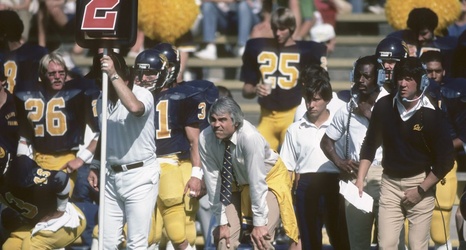 Happy birthday, college football! You were brought forth from the loins of the Princeton Tigers and the Rutgers Scarlet Knights on this day in 1869.

To commemorate the anniversary, ESPN has already taken a look at the 150 best teams of all time (which included the 1920 Wonder Team), but this week, they’re looking at the 150 best games. The California Golden Bears are involved in two of them, which were made legendary by two very particular Cal plays—True Blues can probably guess which games these are.

I’m always a fan of getting the bad news out of the way first, so we’ll start with the game that’s all bad news for the Bears.