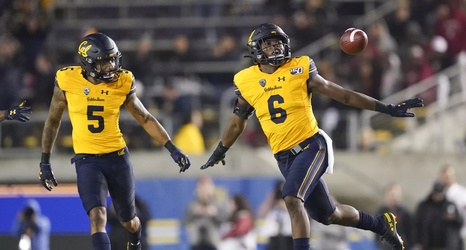 Multiple Bears are headed to Indianapolis for the NFL draft combine. Safety Ashtyn Davis, S Jaylinn Hawkins and LB Evan Weaver were all announced in the official invitee list by the NFL.

All three players are projected to be drafted within the first two days.

Congrats to the guys!

Jaylinn Hawkins, the hard-hitting ball Hawk is headed to Indianpolis to participate in the NFL Draft Combine, per his instagram page. The 2018 Cheez-It Bowl Defensive MVP was a key member of the Takers.