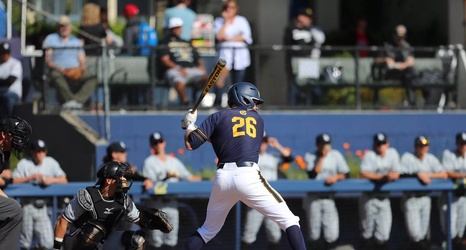 Well, that was sure fun. In front of a season high crowd at Evans Diamond on Saturday afternoon, the home California Golden Bears (29-16, 14-9 in Pac-12) absolutely destroyed rival Stanford Cardinal (36-9, 18-5 in Pac-12). Forget that the Cardinal is the 3rd ranked team in the country in the coaches’ poll or that they had their most consistent starting pitcher in Will Matthiessen starting. Saturday belonged to the Golden Bears in a dominant 18-2 rout of Stanford.

This was of the biggest Cal baseball win in recent history. More importantly, this one came on the weekend rather than one of those midweek games when inexperienced pitchers were given the opportunity to throw some innings.