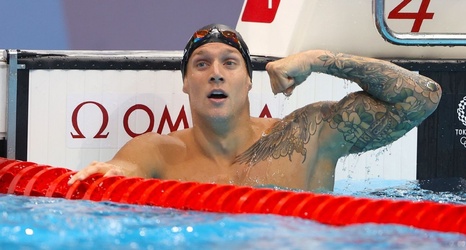 Dressel won his third gold medal of the Tokyo Games with a world record in the men's 100-meter butterfly. Minutes later, Ledecky closed out her Olympics with her second gold, taking the women's 800-meter freestyle.

With her win Saturday, Ledecky became the first female swimmer to win six individual golds in her Olympic career, breaking a tie with Hungary's Krisztina Egerszegi.

Dressel led right from the start in the 100 butterfly and held off Hungary's Kristof Milak to touch in 49.