UTSA players lament loss to BYU: ‘We let another one slip’ 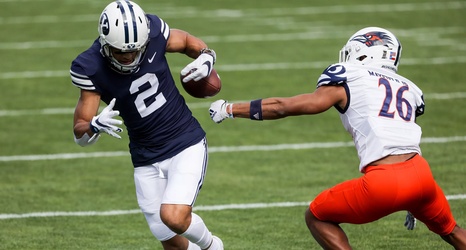 But the Roadrunners didn’t play like it. In fact, they had their chances to spring a major upset.

For four quarters, UTSA hung with the Cougars, pushing them to the brink, as the outcome wasn’t decided until the final seconds. In the end, the Roadrunners suffered a heartbreaking 27-20 setback.

UTSA backup quarterback Lowell Narcisse and his teammates didn’t come to Provo only to play a close game with BYU. The Roadrunners, who fell 21-13 last week at UAB, were confident that they could knock off the undefeated Cougars.