Rock On: Why Utah is so chill on a national scale 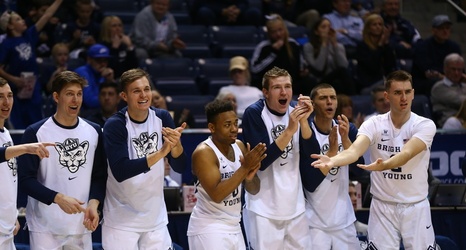 The pluses include great facilities, strong administrative and fan support, academic success and few disciplinary problems. But it struggles to attract top players who are members of The Church of Jesus Christ of Latter-day Saints — and those who aren’t. Also, it can’t accept players who are academically marginal, and won’t accept those with honor code issues.

Oh, and it can’t get past Gonzaga.

Maybe the holdup in hiring UVU’s Mark Pope is that he already has a better job.

Former Laker Mark Madsen interviewed for the basketball coaching job at BYU, according to the Deseret News.