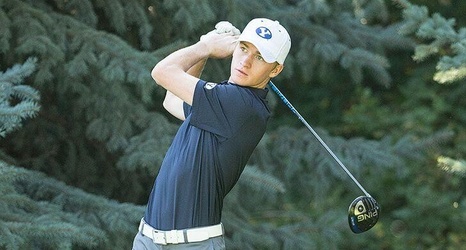 Riley Nelson, who played for BYU from 2009-12, has been hired to replace longtime broadcaster and former Cougar signal caller Marc Lyons in the booth with play-by-play voice Greg Wrubell.

Lyons retired after the 2018 season following a 38-year stint as a color commentator for the BYU football broadcasts.

“I could not be more excited about this opp,” Nelson tweeted. “To be able to be part of every game day again and to be a part of sharing the great BYU football moments to come with Cougar Nation!