Looking back: For former BYU runner and Olympian Frank Fredericks, the burden of expectation was always with him 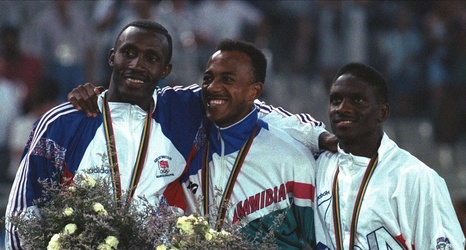 Editor’s note: Fourth in an occasional series reminiscing about sporting events not to be forgotten.

It has been a couple of decades since I covered games for a living and I forgot most of them as soon as I filed the story, but there is one moment from a sports event I remember clearly. It was what Frank Fredericks said to me as he stepped off the track following the Olympic 100-meter dash final in Atlanta.

Sports force athletes to face immense pressure to perform, either self-induced or from outside forces or both.