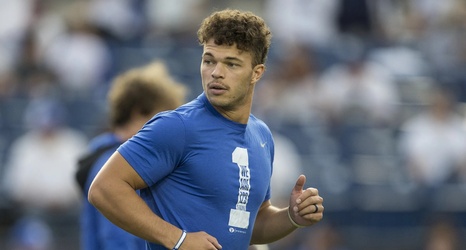 BYU held on to win 35-27 over USF, but did so without QB Jaren Hall and a handful of other players who didn’t play or who got banged up during the game. BYU’s defense struggled in the second half to get USF off the field, largely due to guys going out with injuries.

Kalani gave updates on multiple guys and said that “nobody is counted out yet.”

Below are injury updates from Kalani.