How to watch BYU Basketball vs. Saint Mary’s 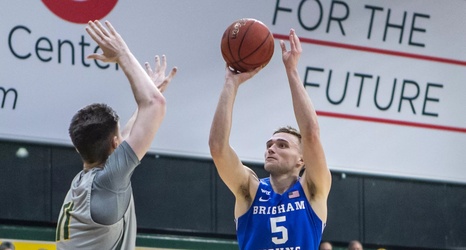 The all-important rematch between the BYU Cougars and the Saint Mary’s Gaels will happen Saturday night in Provo.

The first game was in Moraga on Jan. 9. BYU was without Yoeli Childs. They lost the game in overtime, 87-84. It’s important to note that this time around, BYU will have Childs, and that the Gaels’ Tanner Krebs suffered an injury in their game Thursday.

Saint Mary’s game Thursday was against Portland, and the Gaels won 86-64. Right now, SMC is in sole possession of second place in the WCC with a 6-2 record. Their overall record is 19-4.