How to watch BYU Basketball at Portland 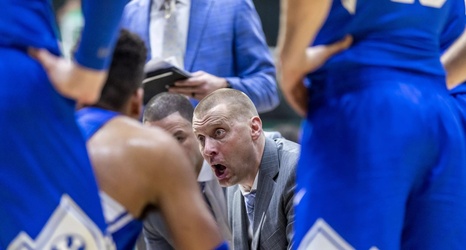 The 17-7 BYU Cougars head up to the Pacific Northwest Thursday to take on the Pilots of Portland for the second of two times this season.

The first game between the Cougars and the Pilots was on Jan. 11 at the Marriott Center and the Cougars came out on top, 96-70.

BYU heads into this second matchup with the Pilots off of a thrilling, last-second 81-79 win over the Saint Mary’s Gaels at the Marriott Center Saturday. That game tied them with the Gaels for second place in the WCC.

The Pilots are tied with San Diego for last place in the WCC at just 1-8.