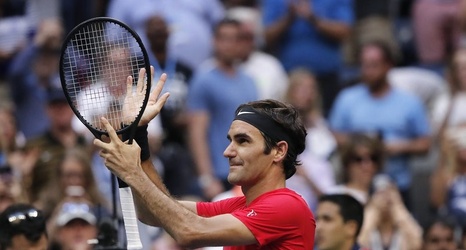 Federer blamed a lack of proper practice after making an uncharacteristic 68 unforced errors and being forced to go five sets again before coming back to edge a cramping Mikhail Youzhny 1-6, 7-6 (3), 6-4, 4-6, 6-2 on Thursday in Arthur Ashe Stadium.

It is the first time the 36-year-old Federer has played five-setters in both the first and second rounds at a major tournament.

“I knew I was going to maybe struggle early on. Maybe I struggled more than I would have liked to. But I’m still in the draw, which gives me a chance. I still believe I’m going to pick up my game and become just more consistent because I’m not playing all that bad,” Federer said.