Could 2020 be ‘transformative season’ for BYU? Here are 5 reasons why it’s possible 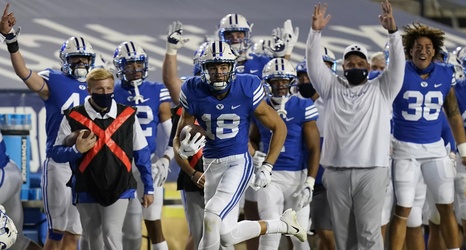 PROVO — BYU’s lone undefeated season occurred in 1984, which is also the year the Cougars claimed an improbable national championship. Coincidentally, “1984” is also the title of the dystopian George Orwell novel.

In this most bizarre of college football seasons, an Orwellian 2020, BYU is putting together an improbable magical, historic season amid a nonfictional global pandemic.

The Cougars (3-0) are currently ranked No. 15 in the national polls — the first time they’ve been ranked in the top 15 since 2009 — and national pundits are buzzing about BYU after its trouncing of Navy, Troy and Louisiana Tech.