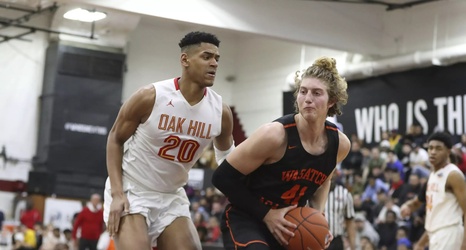 PROVO — In a move that had been expected for a couple of weeks, former Utah signee Caleb Lohner officially joined BYU’s basketball program on Friday.

Reports surfaced in early June that Lohner was seeking a release from his National Letter of Intent with Utah and that he wanted to sign with the Cougars.

The Utes released Lohner from his NLI June 15.

“We are obviously very disappointed in Caleb’s recent decision requesting a release from his NLI,” said Utah coach Larry Krystkowiak in a statement. “However, we will honor his wishes and turn our focus towards the motivated, talented and connected players and coaches that are committed to our program.