BYU versus San Diego State opens as a pick ‘em 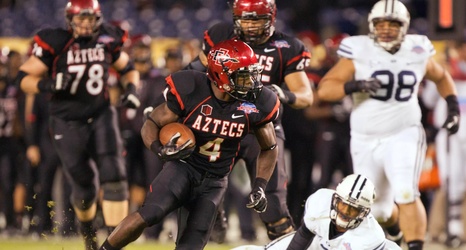 Vegas released lines for the final week of the college football regular season and sees a close, low scoring game between BYU and San Diego State.

Saturday’s game opened as a pick ‘em with an over/under of 39.5. The Aztecs are 8-3 on the year and coming off a 14-11 loss at Hawaii. SDSU was riding high after a 7-1 start and top 25 ranking, but they’ve lost 2 of their last 3 games and will not play in the MWC championship game.

The Aztecs have played a lot of close, low scoring games. Their defense gives up only 13.