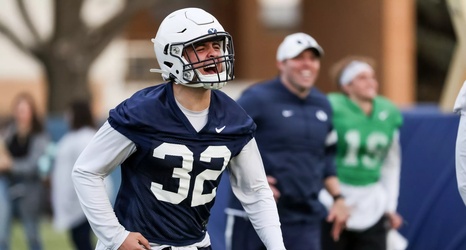 PROVO — As a freshman in 2018, tight end Hank Tuipulotu was set to make his BYU debut in an upcoming game against Hawaii.

But that week during practice, Tuipulotu suffered a torn ACL in his right knee, ending his season.

Then less than a year later, just as he was turning in an impressive performance during fall camp last August, he tore the ACL in the same knee again, ending another season prematurely.

For his third year, Tuipulotu, who served in a mission for The Church of Jesus Christ of Latter-day Saints in Manchester, England, before arriving on campus, is back again and trying to put his injury woes behind him.