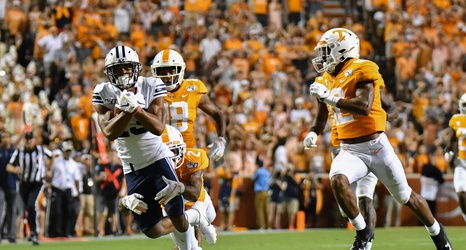 The BYU-Tennessee 2023 season opener in Provo is off the table as the Vols announced they have replaced the game with a neutral site game with Virginia in Nashville.

From the release: “Tennessee was originally scheduled to begin the season against BYU in Provo, Utah, but this contest played in-state versus Virginia replaces that game.”