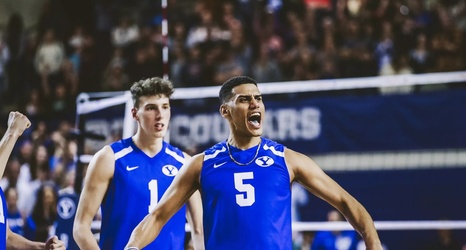 BYU men’s volleyball is something special this 2020 season. Saturday nght in Provo, BYU won a thrilling come-from-behind five set thriller against #2 UC Santa Barbara. The second game in the 2-game series was anyone’s from the taking, but BYU was not about to allow the Gauchos to taint their perfect record.

After dropping the first set 23-25, BYU came out on top with a tough 25-22 win in set 2. Nothing came easy for the Cougars tonight, who worked for every point against the Gauchos. A loss in the third set put the pressure on, but BYU again prevailed with a nerve-racking fourth set win.