BYU LB Chaz Ah You Out With Season-Ending Injury 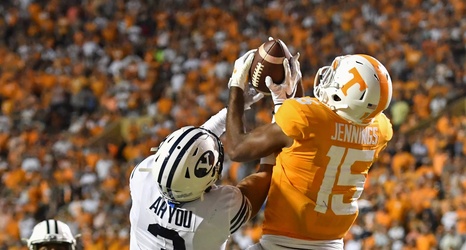 News has broke today that junior linebacker Chaz Ah You underwent surgery earlier today after reaggravating a lower-leg injury against Navy and will be sidelined for the remainder of the year.

Ah You has been a defensive starter and will leave a large void on that side of the ball. Last season, Ah You played in 11 games and tallied 31 tackles, 24 of which were solo. His best performance came in the 28-21 loss at Toledo where he finished with seven tackles and a forced fumble and fumble recovery that gave BYU the ball back with a minute left in a tied game.