BYU Football to Play Next Two Home Games Without Fans 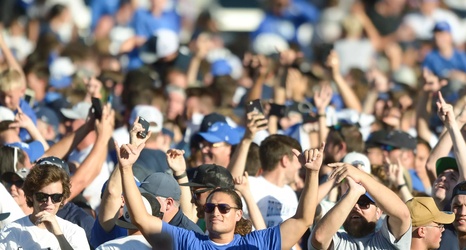 BYU announced that the next two home games — 9/26 vs Troy and 10/2 vs Louisiana Tech — will be played without fans due to the state of Utah’s COVID-19 guidelines. The state moved Provo from low (yellow) to a moderate (orange) risk COVID-19 designation, which prohibits fans at sporting events. The state’s announced designation for Provo covers a 14-day period, which means that the re-evaluation would occur Tuesday, October 6. BYU has a home game versus UTSA October 10, which is the earliest that fans could be allowed at Lavell Edwards Stadium.

Saturday’s game versus Troy was slated to have 6,000 fans in attendance and BYU would determine if more fans would be allowed as the season progressed.