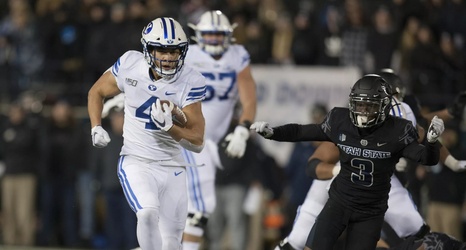 BYU announced its season opener earlier today with a Labor Day matchup versus Navy, and received other welcome news with already scheduled opponents.

Both San Diego State and Utah State confirmed that BYU will remain part of their 2020 schedule. Utah State announced their season opener will be Friday, October 2 versus BYU, which could create some interesting dynamics during the game. BYU could play up to four games ahead of the the Utah State game, which could give BYU an advantage — if healthy — going into the game in Provo.

San Diego State AD JW Wicker said that BYU will be one of the Aztecs two non-conference opponents.