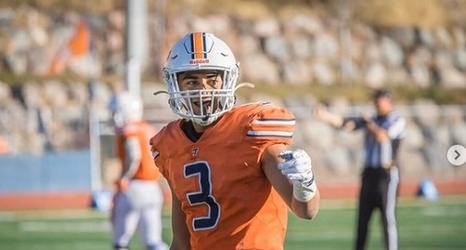 Timpview HS defensive back Raider Damuni originally committed to BYU four years ago but reaffirmed his commitment and made it official on Wednesday.

BYU won over Damuni despite several Power 5 teams courting the Timpview defensive back, including Arizona, Oregon, Nebraska, Stanford, Utah, Wisconsin among others. According to reports, Damuni intends on graduating early and serving a two-year mission for The Church of Jesus Christ of Latter-Day Saints.

According to 247Sports, Damuni is the eighth-ranked recruit out of the state of Utah and one of three in the state’s top 10 of the 2021 class that has signed with BYU, on top of defensive ends Logan Fano and John Henry Daley.