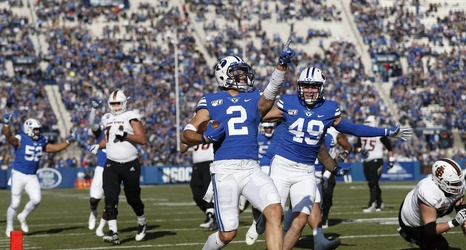 For the first time this season BYU, faced a true “cupcake” team, unlike most P5 teams that get a couple of those in September. Since it’s been a while, we’ll remind everyone that there are really only two important things that need to happen in these games.

Since BYU succeeded on both fronts versus Idaho State, we can move onto next week’s game. Before before we sink out teeth into the next cupcake that is UMass, let’s get to the POWER RANKINGS.

In all honesty I know next to nothing about Sam except for the fact that he recorded 2 tackles back in 2016 and hasn’t seen the stat sheet since then.