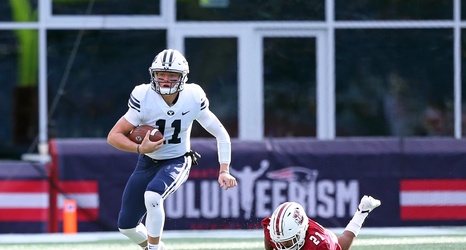 BYU will face its easiest test of the season when they travel to the east coast on Saturday to take on UMass. Vegas released its line for the game and opened with BYU as a 42-point favorite.

If you think that’s ridiculously high, let’s take a minute to see how bad UMass really is. The minutemen are 1-10 and have the worst defense in the FBS, giving up 52.4 point per game. That is obviously putrid, but to make it even worse they are doing that versus the 127th ranked schedule. Sagarin has them ranked 225th in the country, behind all FBS teams and most FCS teams.