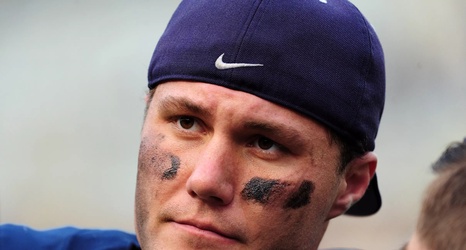 A quarterback legacy is set to continue at BYU — and no, I’m not talking about Zach Wilson.

Earlier today it was announced that former quarterback and part-time Pantene hair model Riley Nelson will join Greg Wrubell in the radio broadcast booth, replacing another former quarterback Marc Lyons. Mitchell Juergens and Jason Shepard will continue their roles as the sideline reporter and pre-game host.

The opening was created by the retirement of Lyons, who had been the radio game day analyst for the last 38 football seasons. His grandfatherly presence and references to players of yesteryear will be missed, but the addition of Nelson will breath new life into the broadcasts .