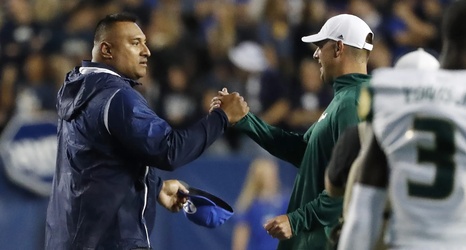 We’re still over 3 months away from college football starting, but oddsmakers have already released lines for some of the week one and top 2022 games.

Week one lines have been posted by multiple sites, and BYU is an early 12.5-point road favorite over South Florida in the season opener. The Bulls are coming off a 2-10 season, but they (along with BYU) are among the top teams in returning production. They gave BYU a competitive 35-27 game in Provo last season.

Freshman Timmy McClain had a nice game in Provo last season with 186 passing yards and 55 rushing yards, but USF could have an upgrade at QB.