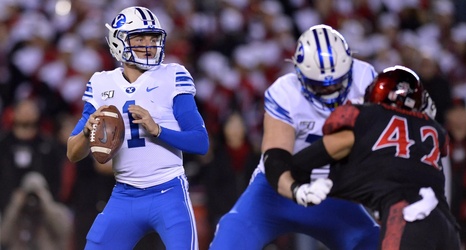 BYU released its first depth chart of the 2020 season and to little surprise Zach Wilson was named the starting QB over Baylor Romney and Jaren Hall. Wilson impressed most during fall camp as his shoulder is 100% recovered from last offseason. Jeff Grimes told Greg Wrubell on Coordinators’ Corner Monday morning that Wilson was “probably around 80%” last year.

Below are other notes from the first depth chart of the season.

Quarterback: Jaren Hall and Baylor Romney have the “or” designation behind Zach, meaning coaches publicly don’t have a #2 QB.