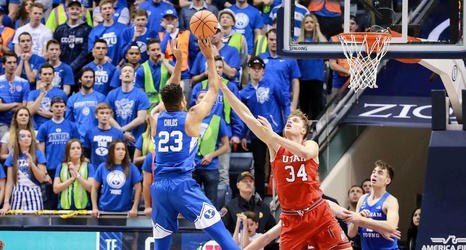 After a 6-3 start that included wins over Houston, UCLA and Virginia Tech, BYU now welcomes back one of the best players in college basketball in Yoeli Childs after a 9-game NCAA suspension.

BYU will need Yoeli in this one, as Vegas opened with BYU as a two-point road favorite over Utah. KenPom also sees a tight game, giving BYU a 60% chance to win and predicting a 74-71 score in favor of the Cougars.

Utah is 5-2 and has had an up and down start to the season. They have solid wins over Nevada and Minnesota, but have since lost games to Coastal Carolina and Tulane.